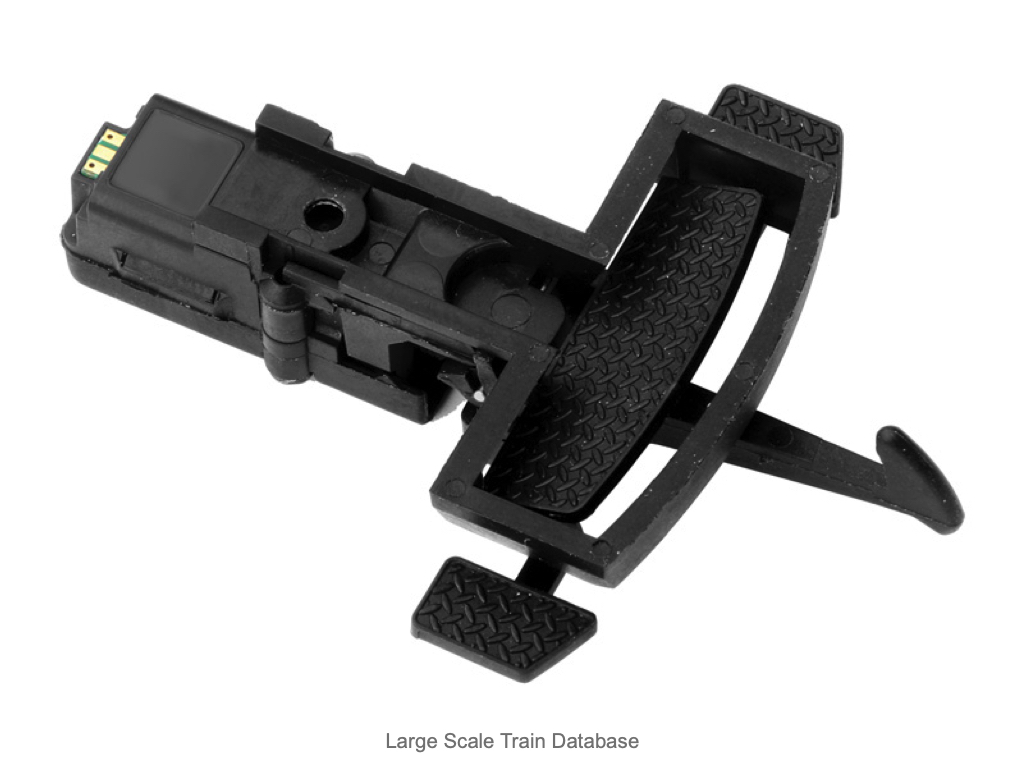 The automatic uncoupler (#8414002) was in use for the last nine years. Now it is being replaced by the new Shunting Coupler, which not only looks different, but also differs significantly in operation. It features, among other things, completely revised control electronics with a limit switch and pluggable connection cable, a new type of Uncoupler plate together with running boards and a new coupler hook. The uncoupling plate has a visually appealing checker plate design, which is also used to uncouple the symmetrical coupler.

Manual uncoupling by hand is now also conveniently possible thanks to the two small side running boards. If you don‘t like these running boards, you can simply cut them off with a pair of pliers.

The Switching Coupler is fastened by means of a screw at the place where the hook-and-loop coupler was previously mounted. For LGB and PIKO the appropriate mounting material is included. The Uncoupler is connected to the decoder with the enclosed connection cable (for
the first time, the uncoupler also has its own connection socket). By means of a limit switch, the Uncoupler adjusts itself each time it is put into operation. At the first switching via the hand controller, the motor retracts until the hook reaches the integrated limit switch and switches off. The new shunting coupler is suitable for any commercially available digital decoder. The integrated buffering allows it to work properly even on decoders with insufficient output stabilization.