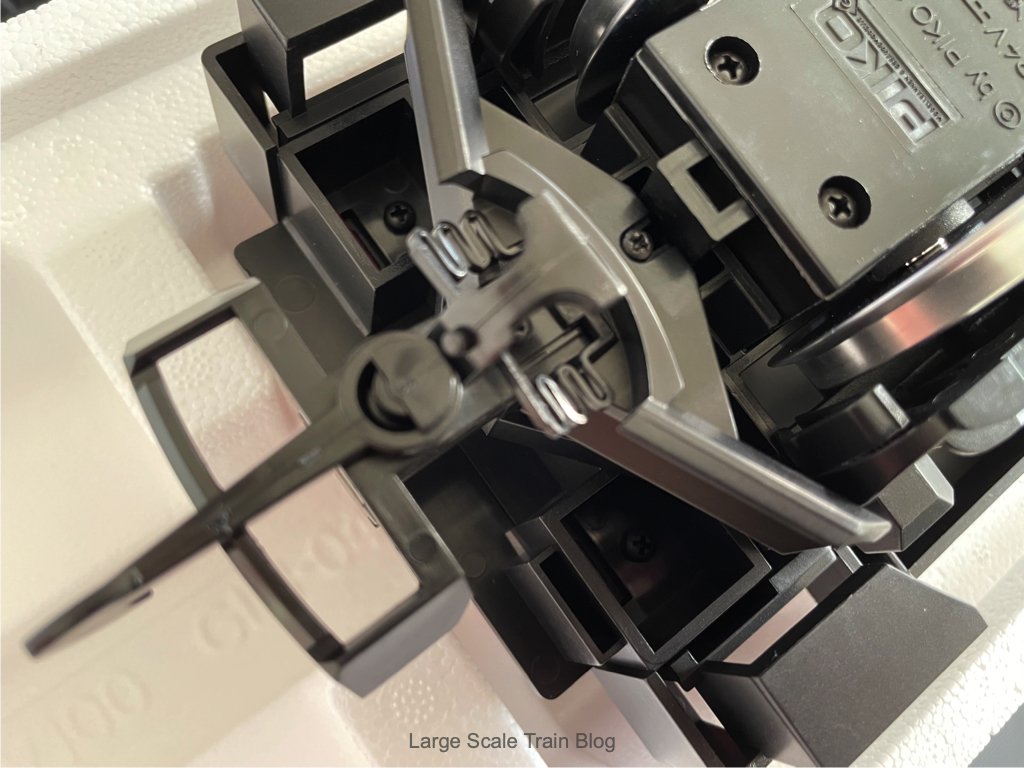 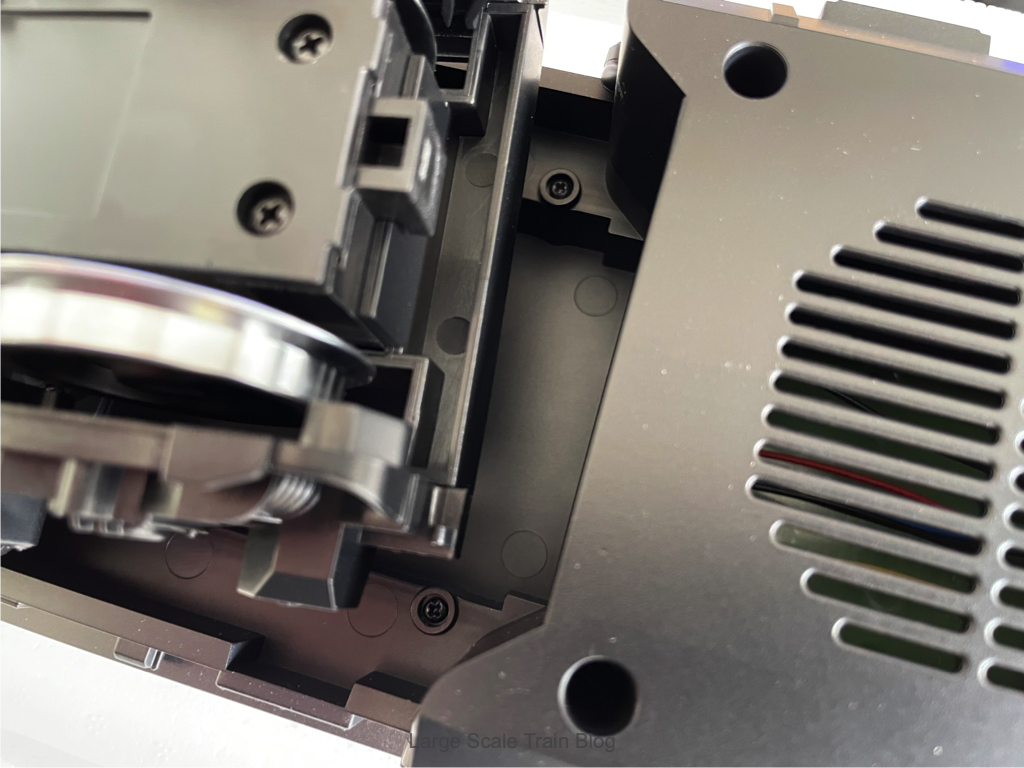 On the other truck, remove another two screws, yet these are hidden more deeply. Use a thin and long screw driver to get to them. 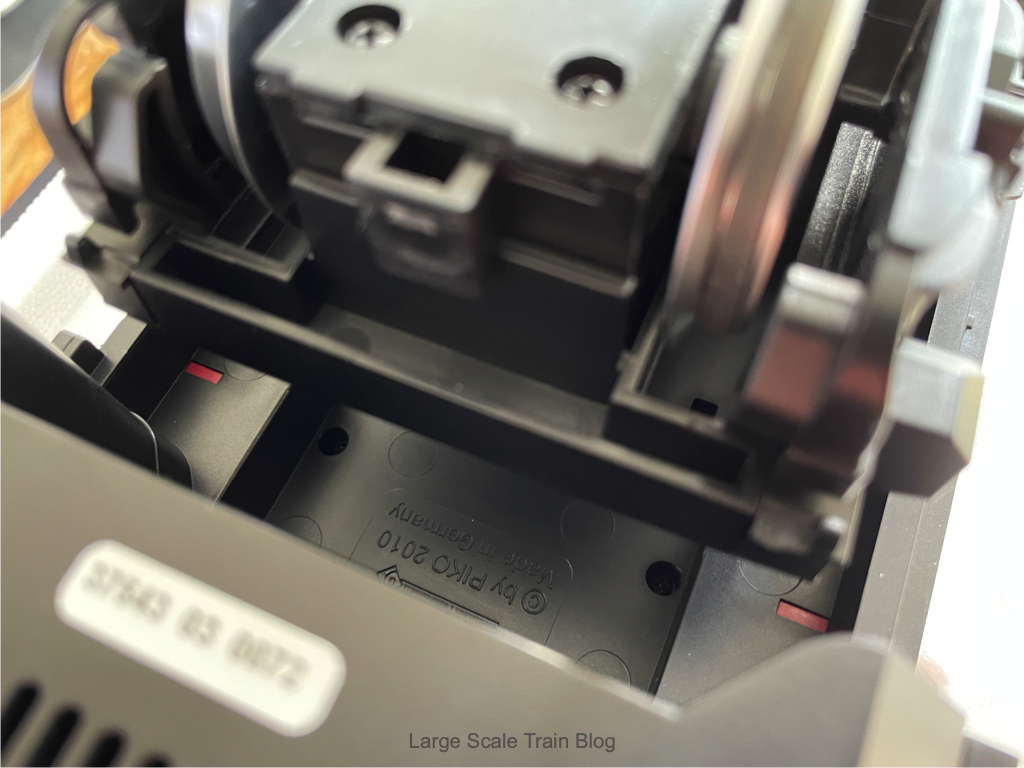 And two more screws on the other buffer end. 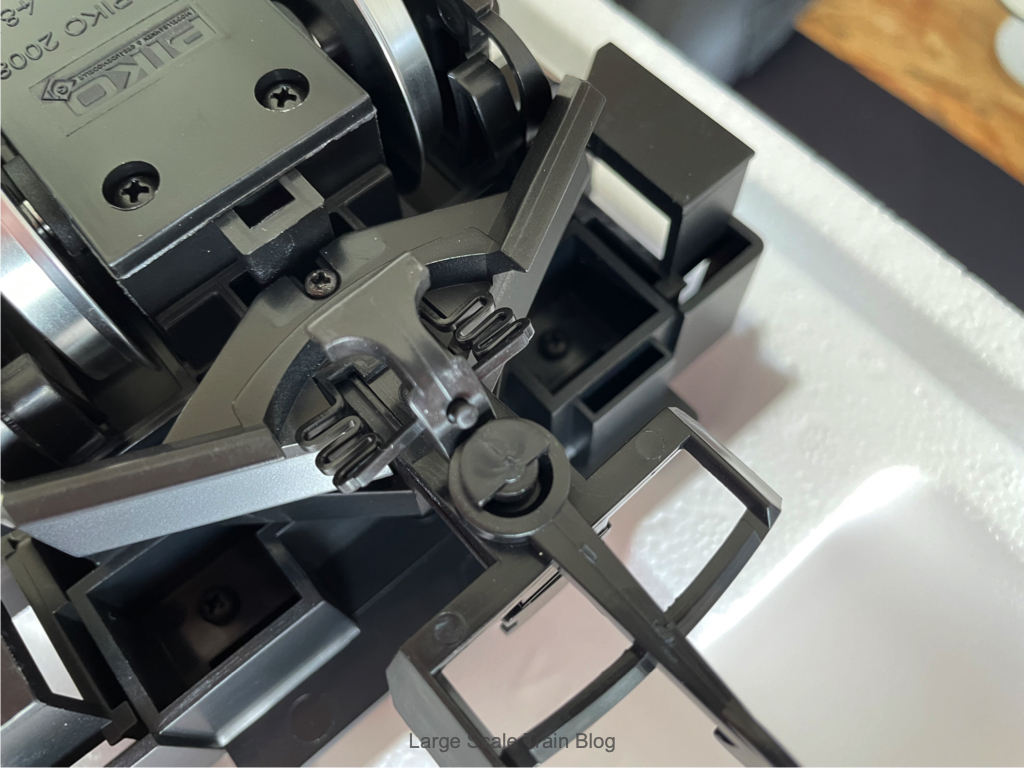 After having removed eight screws, you should be able to remove the buffer beams from the chassis. The buffer beam is locked into place in the red tabs which are part of the body. Put the locomotive back on its wheels, and pull horizontally on the buffer beam. 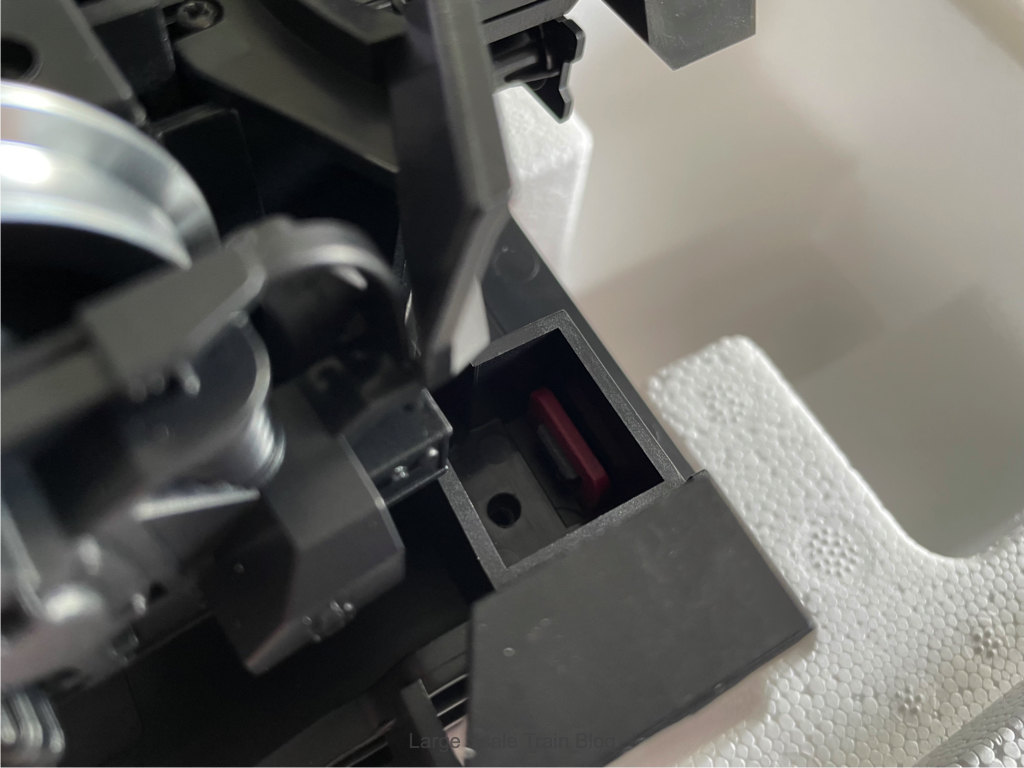 Near the center of each truck, there’s another red tab, but this is harder to unlock. Some screw driver prying and/or brute force action is required to loosen them. 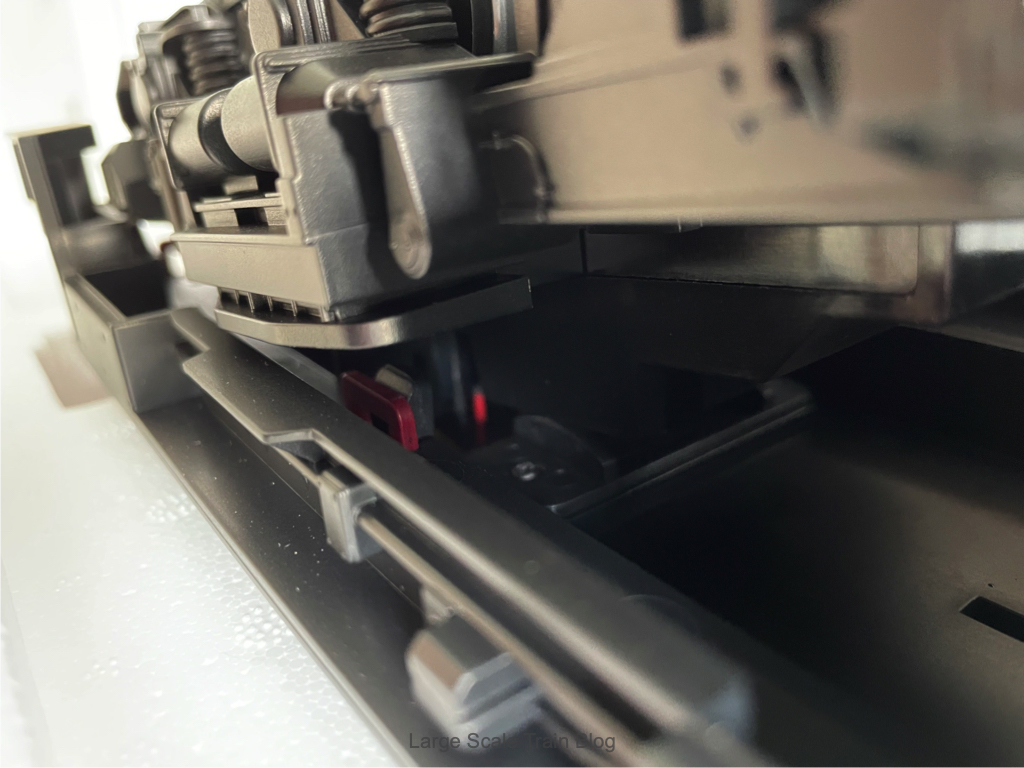 After having removed both buffers, and those four red tabs, you should be able to lift up the body vertically. 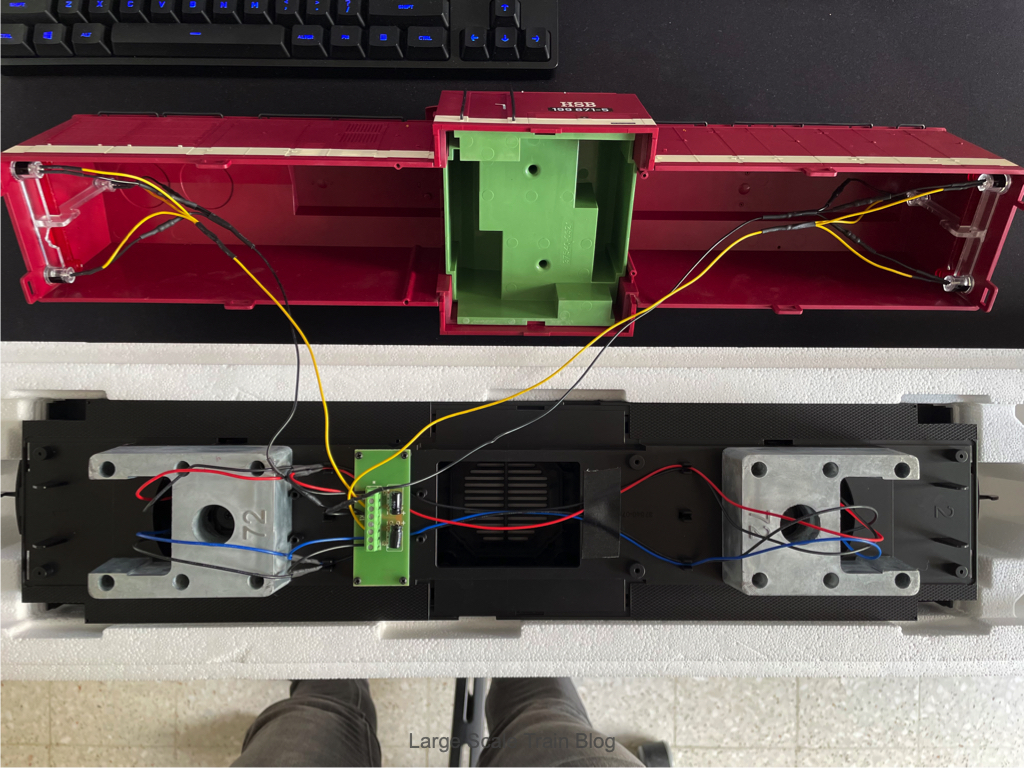 As always, take some pictures of the inside for future reference, in case you want to revert any changes you make. 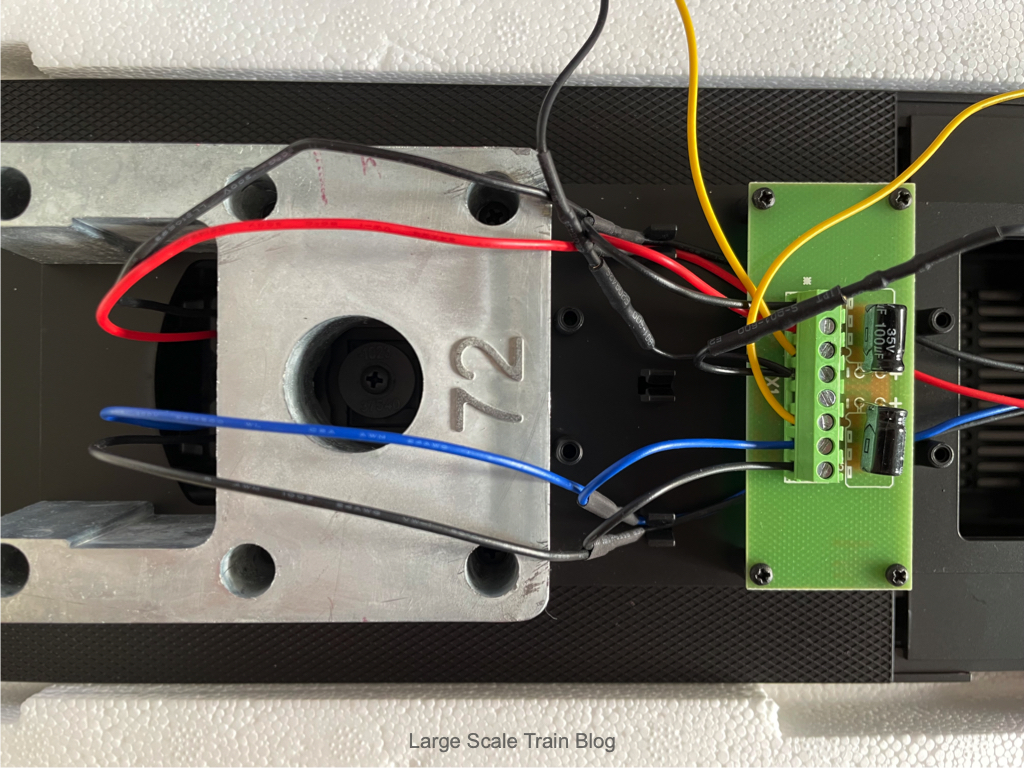 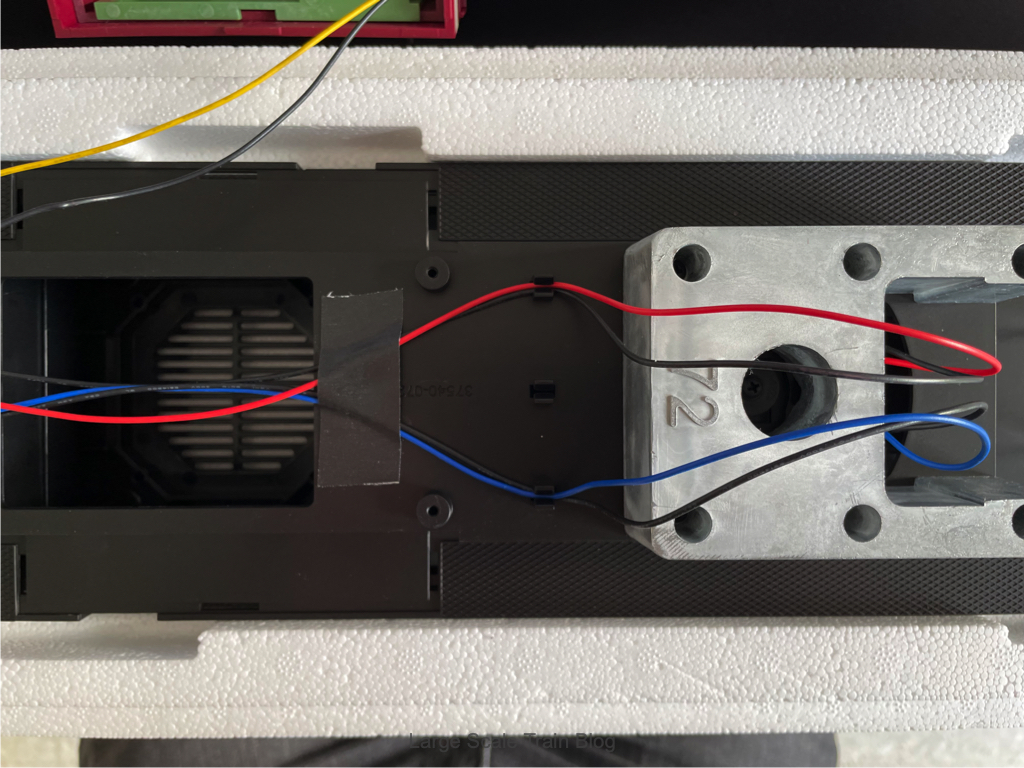 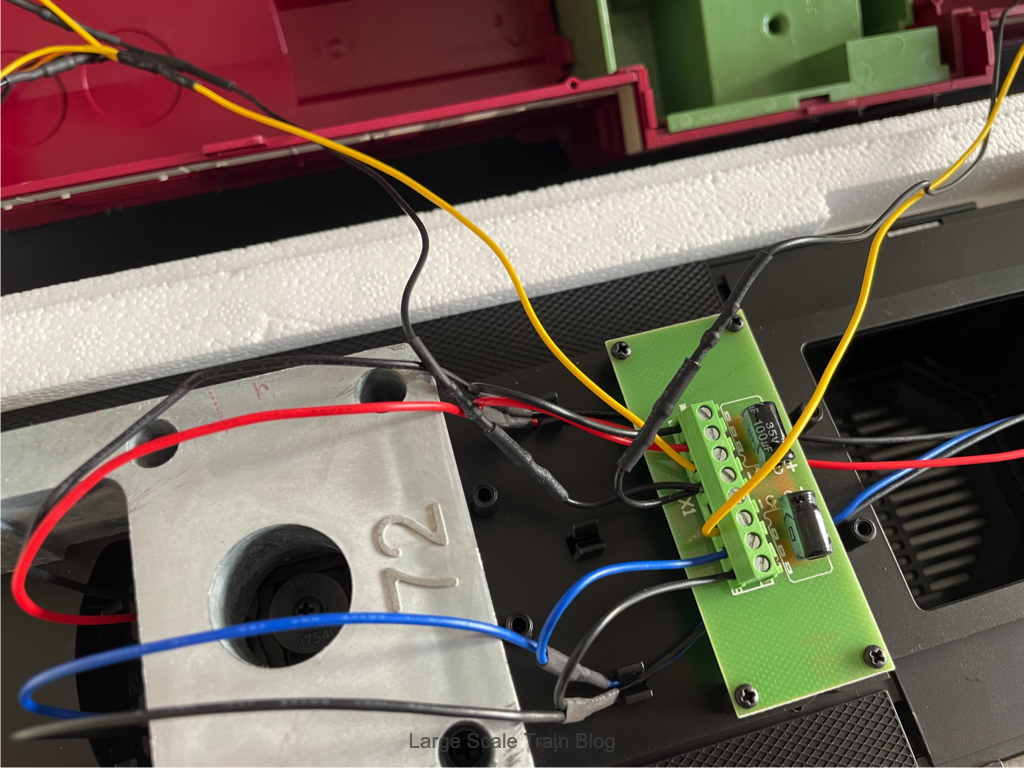 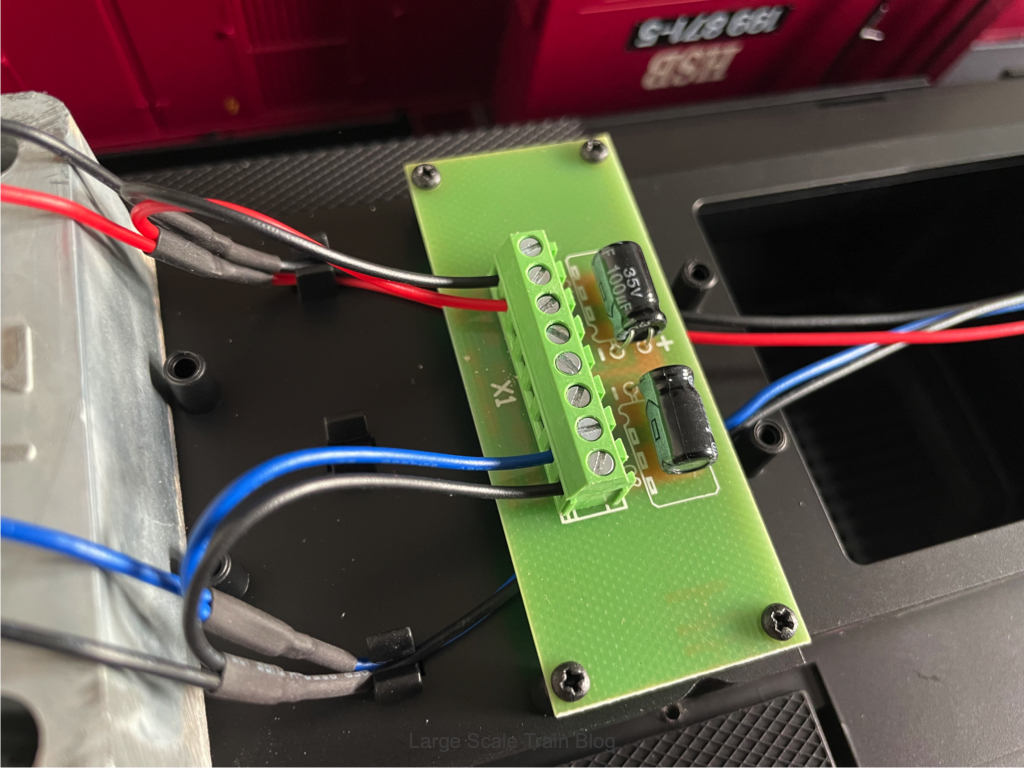 You can remove the cables from the trucks by unscrewing this plastic connector piece. 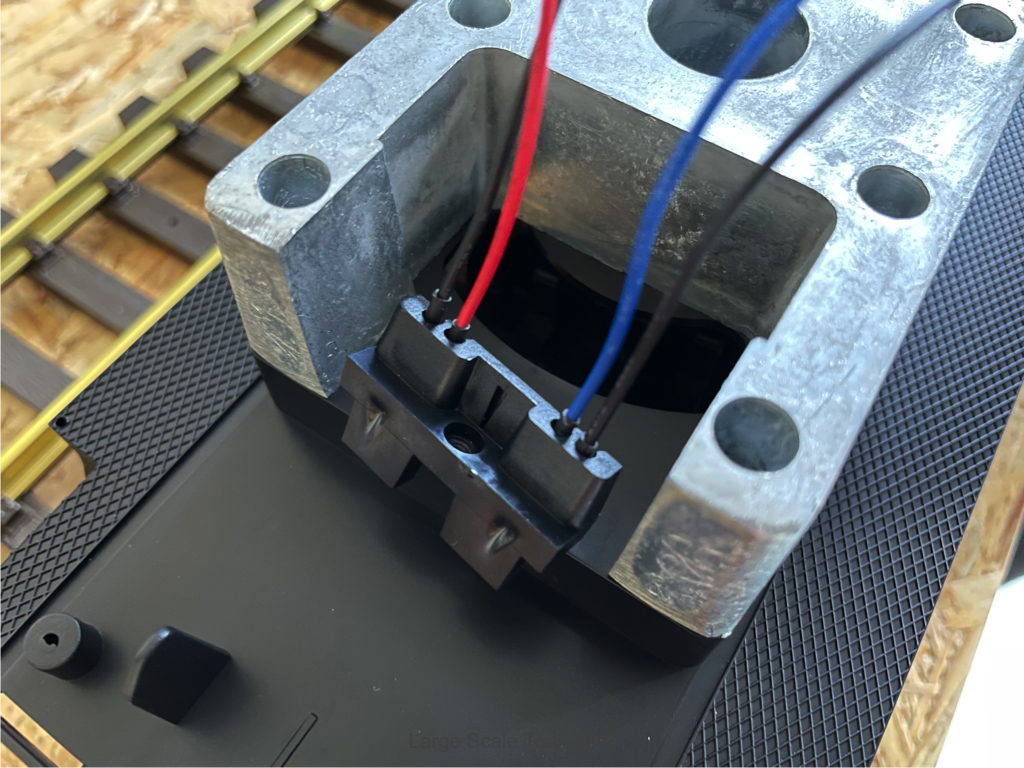