An isolated track block allows you to control whether the train on that section of track will run or not.

The wiring diagram below shows a single isolated track block, which uses two LGB 10153 isolated track sections. The red rail remains untouched and is called the ‘live’ rail, while the blue rail is isolated. Power to the isolated section can be switched on and off by user control on the On/Off control box. 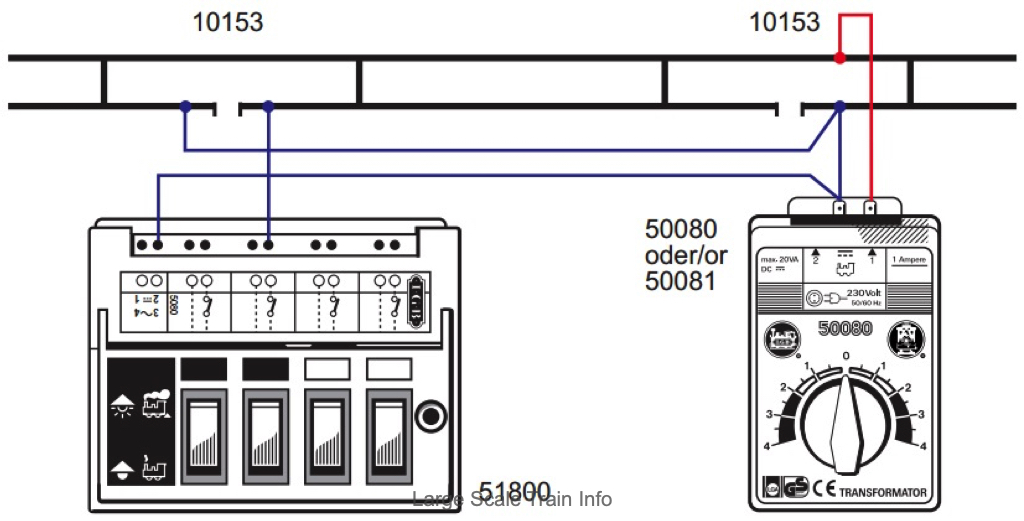 The amount of track blocks you can create is unlimited, the example below shows four track sidings which are isolated using the yellow insulating rail clamps from LGB. Each siding is connected to the control box, which allows the user to switch each siding on and off for advanced train operations. 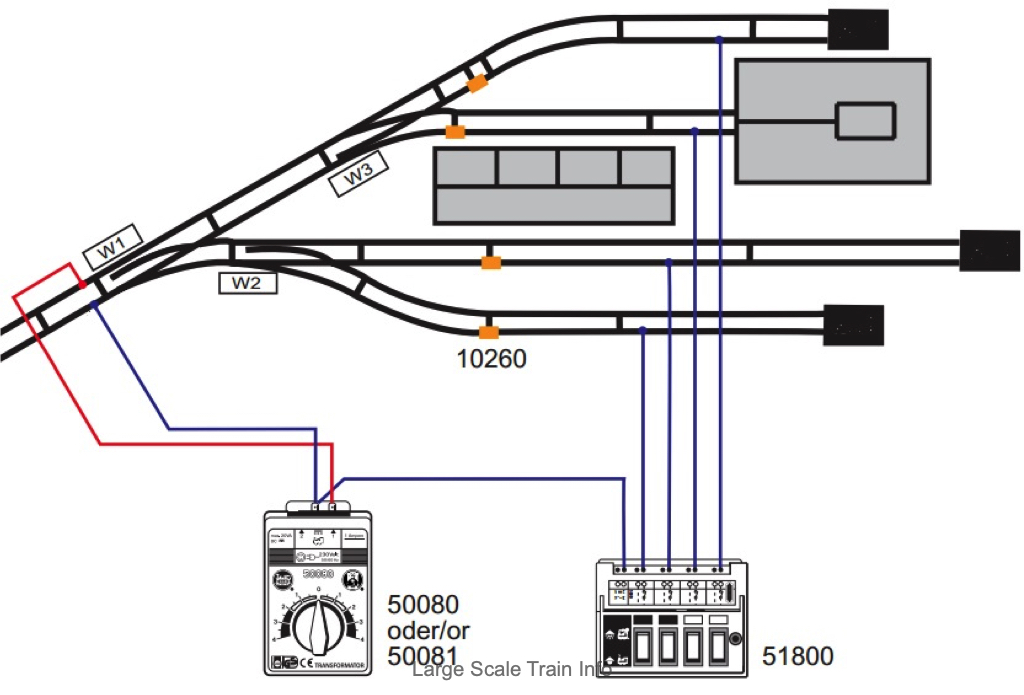 The blocks don’t have to be on separate tracks, as the example below shows. The main track section has two blocks in a row, and the siding has another block so you can park a locomotive coming from the main track. 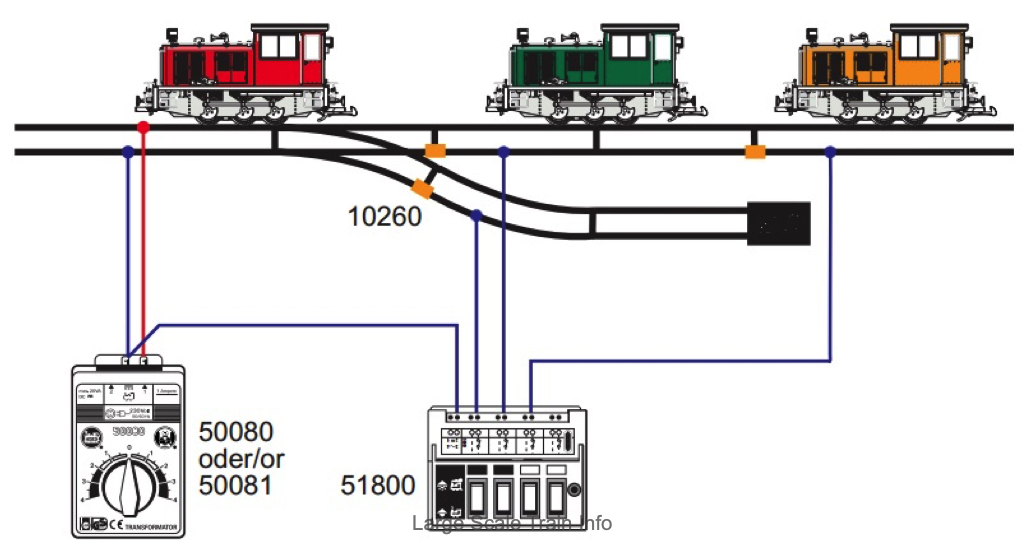 The isolated track blocks in the examples above all shared the same controller / power supply. It is also possible to create two fully independent tracks by isolating both rails, and using a controller and power supply for each track. Two locomotives can be operated independently at the same time, as long as the locos are kept in their individual blocks.

If you want to move a loco from the white block to the yellow block, you can set both throttles to the same speed and direction and the loco will travel over the switches without problems. 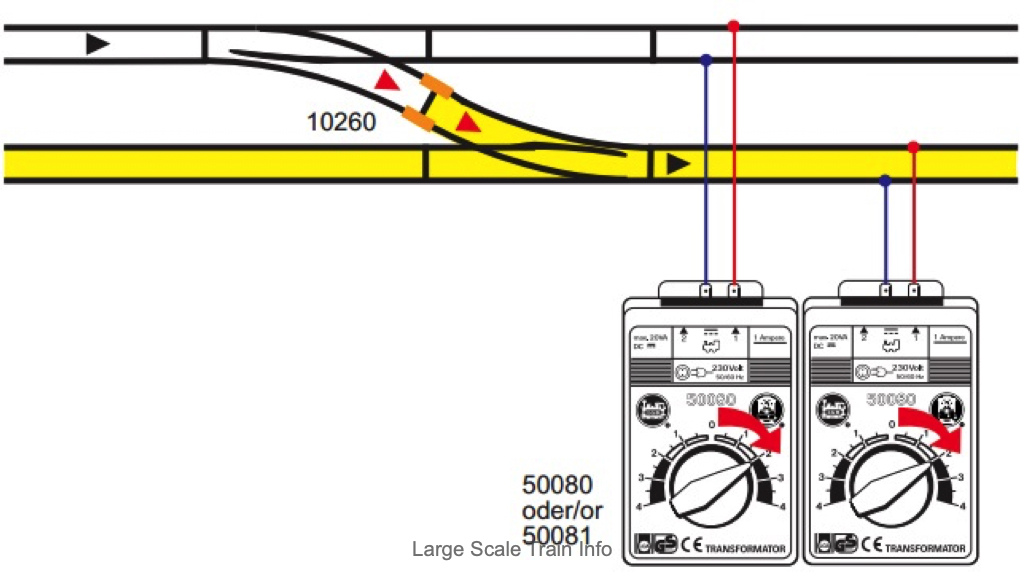