Unfortunately, reversing loops create electrical problems because the reversed rails cause short circuits. You can see this if you trace the rails of the layout here. Start your finger on the negative (-) rail at Point A. Follow the rail through the switch to Point B until you reach Point C…where you run directly into the positive (+) rail. Now you have a short circuit!

The 10151 ‘Reverse Loop Track Set’ from LGB comes with two 150 mm straight sections, which can be used for a reversing loop. One of the track sections (‘1015T’) is a standard 10152 isolated track section, the other one (‘1015K’) features a few diodes on a circuit board. These diodes ensure that the track polarity between the 1015T and 1015K is always the same, no matter what the polarity is outside the T/K section.

Typically, the 1015T is installed just beyond the entrance of a reversing loop. The 1015K is installed near the exit of the loop, with the arrow pointed at the exit. The trains can only travel one direction between the 1015T and 1015K, that is, from the ‘T’ to the ‘K’. That direction is indicated by a large arrow on the cover of the 1015K.

How does it work? Follow the arrows, like a train, through the loop. A train enters the loop and passes over the 1015T. Before the train reaches the 1015K, you manually reverse the throttle. The track power polarity outside of the reversing loop will change, but because of the diodes in the 1015K, the track power polarity inside the loop will not change. The train will continue traveling in the same direction through the loop, over the 1015K and onto the rest of the layout. The reversing loop problem has been solved. Problems? Some trains, especially lighter trains, may shudder during a quick throttle change.

You can create a new circuit to automate the throttle reversing procedure required by the Manual K/T Reversing Loop. An LGB 17100 Track Contact is mounted somewhere between the 1015T and the 1015K, usually near the 1015K. The 12010/12070 (the image shows ‘12030’, which is a previous version of the 12070) relay here only controls the polarity of the circuit. You can use a preprogrammed manual switch to make sure the train always enters the loop in the correct direction. 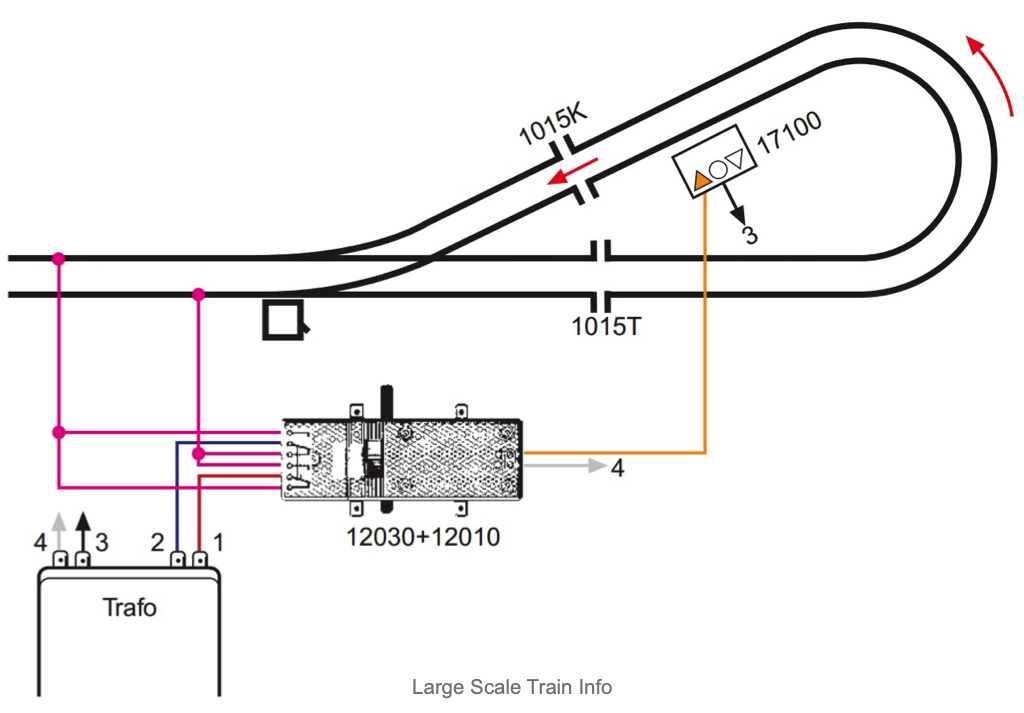 This circuit can also be used to automate two K/T reversing loops in a loop-to-loop layout. Only one additional 17100 is required, and a track of any length can be installed between the loops. 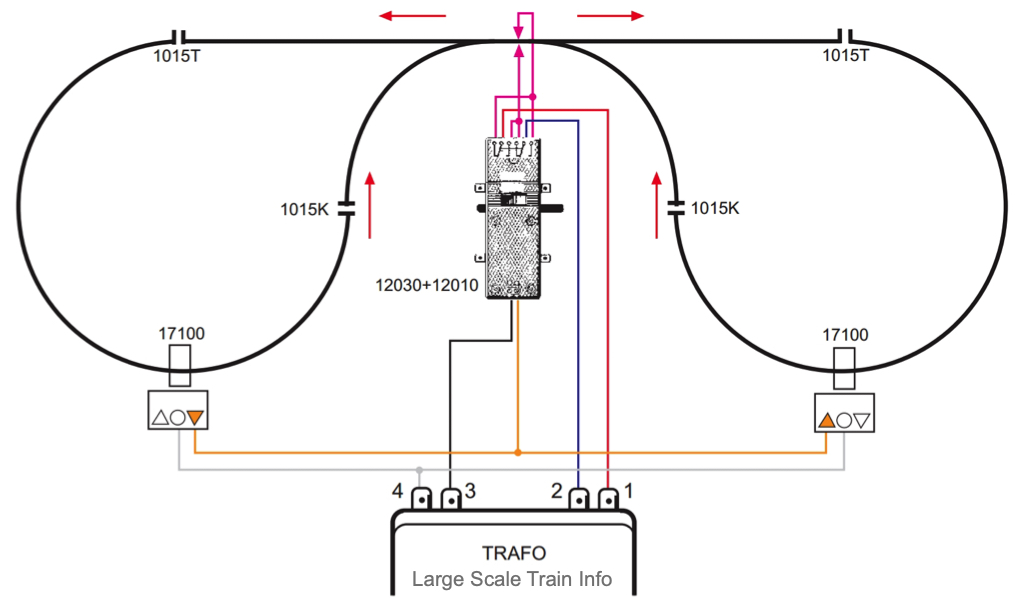 There are two potential drawbacks to the two earlier reversing loop circuits. First, they only allow one-way travel through the loop. Second, because they include diodes, they cannot be used with the Multi-Train System. The circuit below solves both of those problems. You can use this circuit on a Multi-Train System Layout, and you can move in either direction inside the loop. Plus, you can enter the loop in either direction. As wired here, that direction is determined automatically by the 12010/12070 attached to the track switch. 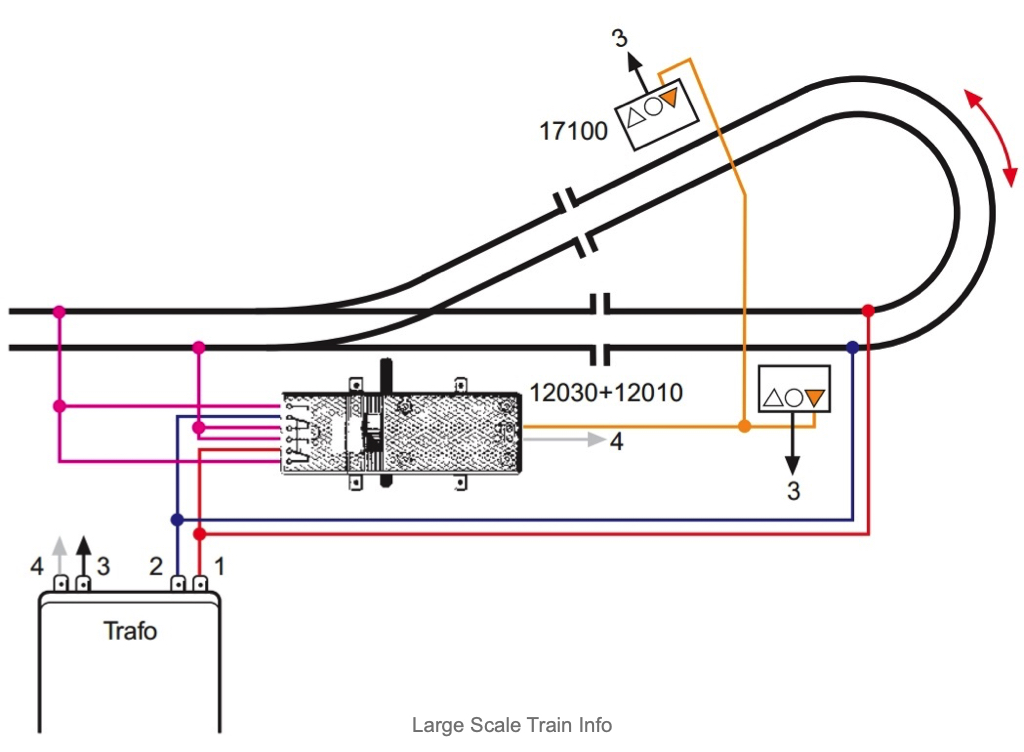